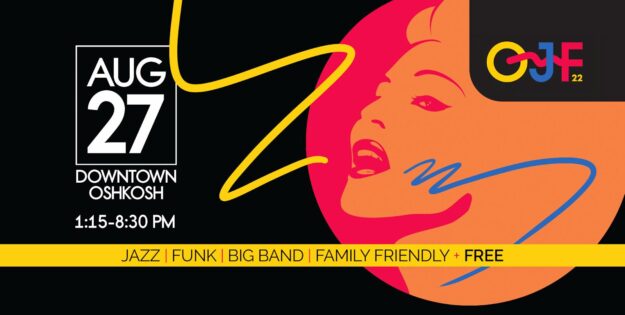 The free outdoor concert begins at 1 pm with Master of Ceremonies Steve March-Torme’, son of legendary jazz vocalist Mel Torme’. Landau will be backed by the full Water City Jazz Orchestra to perform some of the biggest hits from the Great American Songbook.

Landau Eugene Murphy Jr.’s incredible voice, undeniable charisma, and unparalleled showmanship were showcased on his Columbia Records debut album “That’s Life”, which reached number one on the Billboard Jazz Charts. His latest album, “Landau Live In Las Vegas”, was recorded at the legendary Caesar’s Palace. Landau has made dozens of TV appearances, including “The Today Show,” “The View,” and the “Hollywood Christmas Parade”. 2022 has seen Landau perform in Dubai at Global Expo in the USA Pavilion, the New York City Friar’s Club roast of Tracy Morgan with CeeLo Green, in Atlantic City, Las Vegas, Hilton Head, Boca Raton, and residencies at the Globe Theater at Busch Gardens Williamsburg and the legendary Greenbrier Resort. Landau, who returned to school to earn his high school diploma during the pandemic, serves as a spokesperson for adult literacy and the Never Too Late To Graduate campaign.

Other performers slated to appear at the 2022 Oshkosh Jazz festival include:

* Haley Reinhart the platinum-certified Chicago-born singer and songwriter who was a finalist on American Idol. Her take on the Elvis Presley classic, “Can’t Help Falling In Love,” received a platinum plaque from the RIAA and generated over 150 million Spotify streams and 70 million YouTube views.

* Maiya Sykes received a rare “four-chair turn” on season seven of NBC TV’s “The Voice” and has performed with The Black Eyed Peas, Fantasia, Joss Stone, Michael Buble’, Macy Gray, and was featured in the Oscar-award-winning film La La Land.

* Aubrey Logan is a gifted jazz-and soul-influenced singer and trombonist known for her work with Scott Bradlee’s Postmodern Jukebox. Aubrey went solo with her 2017 album “Impossible” and scored a streaming hit with the single “Pistol.” Follow-up releases included “The Prequel Years” in 2018, 2019’s “Where the Sunshine Is Expensive”, and 2021’s “Standard”, which expanded the chronology of the Great American Songbook to include hits from the 1960s and 1970s.

* John O’ Hurley, this year’s Oshkosh Jazz Festival host is known to millions of television viewers for his work on “Seinfeld”, “Family Feud”, “To Tell The Truth”, “Dancing With The Stars” and more.

The Oshkosh Jazz Festival is a free family event; attendees can bring lawn chairs and blankets. The stage will be located at 400 North Main Street in downtown Oshkosh. For more information, visit https://www.oshkoshjazz.com