Performing with Glenn Leonard and the legendary Boston Pops 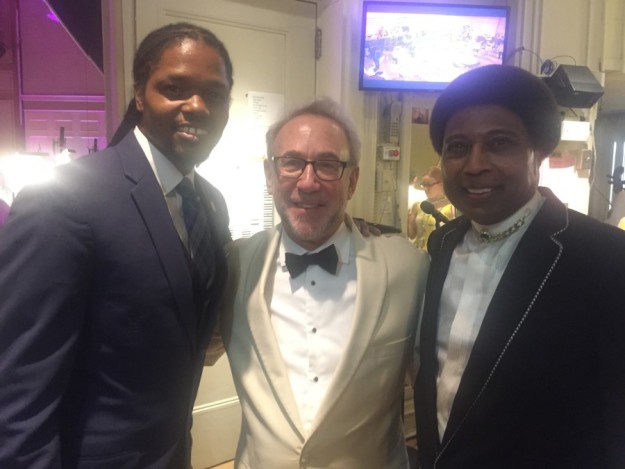 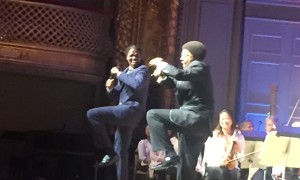 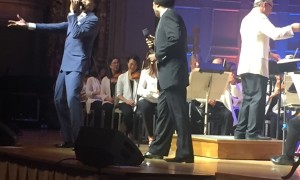 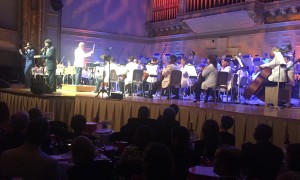 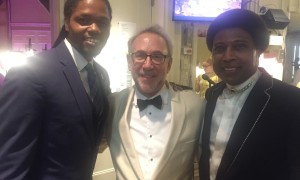 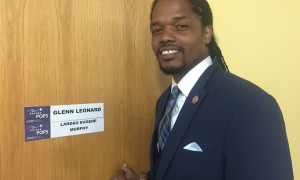 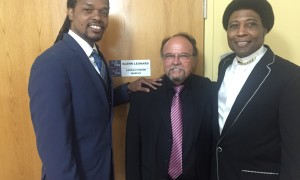 Landau to Perform Twice This Summer with the Legendary Boston Pops 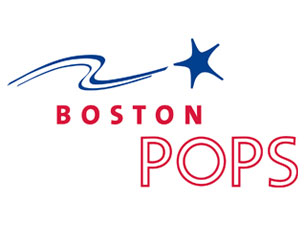 “I can’t tell you what an honor this is for a guy from Logan, West Virginia who was washing cars and singing in the wash bay just a few years ago, to be singing with the Boston Pops!” said Landau. “And it’s extra special that my Music Director and pianist Duane Flesher will get to join me on stage for this. We’re like two little kids who can’t believe this is happening to us!” 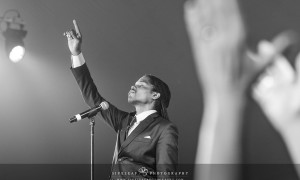 Flesher has had the honor of working with The Boston Pops on composing Landau’s arrangements for both performances.

“As a young man, 19 years of age, not really knowing what I wanted to do with my life, I did a six-week evaluation course at Berklee College of Music in Boston,” says Flesher. “But my schooling was delayed by a four-year stint with the 661st Air Force Logistics Command Band. After finally arriving at Berklee, I lived just two blocks from Symphony Hall in Boston, passing by it quite frequently, even getting to attend a few concerts there by the Pops. Never in my wildest dreams did I ever think that someday I would play there, much less play there WITH the Pops. It is an incredible honor to get to perform with them and have this great orchestra play arrangements that I have written. I am truly humbled by this opportunity, and so thankful to Landau for making this dream come true,” said Flesher. 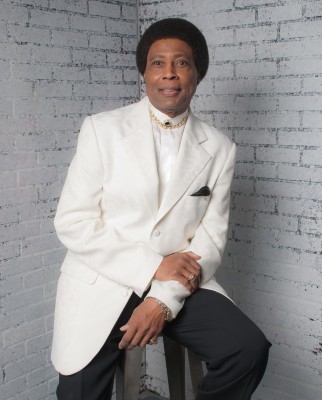 On June 8th, his friend and former Temptations lead vocalist Glenn Leonard will join Landau on stage for a special Tribute to Motown at the Boston Symphony Orchestra’s 35th annual “Presidents at Pops,” widely acclaimed as one of the largest and most successful corporate benefits for the arts in the United States. The performance will be hosted by show business legend Mandy Patinkin. Patinkin is known for his 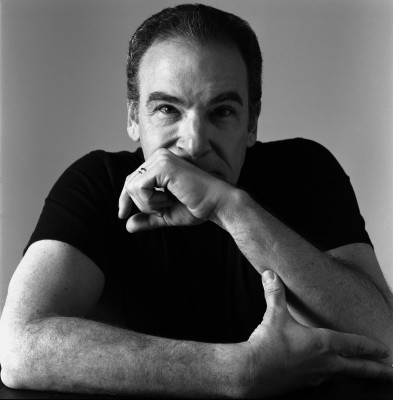 Tony Award-winning roles in Evita and Sunday in the Park with George, and as an Emmy and Golden Globe winner for his work in Chicago Hope and Homeland. The star of dozens of movies, Patinkin is perhaps best for his portrayal of Inigo Montoya in the timeless classic The Princess Bride. The New Yorker says: “Mandy Patinkin is in the business of show stopping… He is a musical force of nature!” 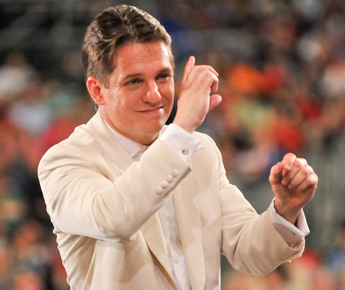 Landau will return to Boston to join the Pops in presenting “Dancing Under the Stars” at the Koussevitzky Music Shed in Tanglewood. Conductor Keith Lockhart and the Boston Pops Swing Orchestra will perform with Landau for “Dancing Under the Stars,” a festive, toe-tapping performance to close out the 2016 season in style. A dance floor will be set up on the lawn for this crowd-pleasing evening of memorable melodies and big band standards, with Landau up front vocalizing the timeless crooner classics. This show will mark the Boston Pops Swing Orchestra’s first-ever performance at Tanglewood and will be one of the hottest tickets of the summer.

Tickets for both performances are currently available online at: www.BSO.org or by calling the Boston Symphony Orchestra at (888) 266-1200. For information about corporate gala ticket packages or single tables, please contact Mary Thomson with the BSO at mthomson@bso.org or (617) 638-9278.

Landau Eugene Murphy, Jr. has performed around the world since winning America’s hearts and season six of NBC TV’s America’s Got Talent by the biggest margin in the show’s history. Landau’s debut CD “That’s Life” for Columbia Records was a chart topper, the book about his amazing life story “From Washing Cars to Hollywood Star” spent several weeks at #1 on the Amazon.com Jazz Books chart, and his “Christmas Made for Two” CD was a hugely successful fundraising vehicle for the Children’s Home Society in his home state of West Virginia, where to date he’s helped raise over a million dollars for Mountain State charities. Landau’s third CD is due for release in late 2016, and his tour stops will once again take him around the world. Landau’s dozens of media appearances include The Today Show, the Tom Joyner Show, Wendy Williams, CNN, Fox and Friends, and ESPN.

Affectionately known as “America’s Orchestra,” the Boston Pops is the most recorded and arguably the most beloved orchestra in the country, beginning with the establishment of the modern-era Pops by Arthur Fiedler and continuing through the innovations introduced by John Williams and the new-millennium Pops spearheaded by Keith Lockhart. In 2010, with the 125th anniversary season, the Boston Pops reached a landmark moment in a remarkable history that began with its founding in 1885. Fours years earlier, in 1881, Civil War veteran Henry Lee Higginson founded the Boston Symphony Orchestra, calling its establishment “the dream of my life.” From the start he intended to present, in the warmer months, concerts of light classics and the popular music of the day. From a practical perspective, Higginson realized that these “lighter” performances would provide year-round employment for his musicians.

No foolin’ — Join us for an intimate evening of singing, swinging and dancing with
America’s Got Talent Season 6 winner Landau Eugene Murphy Jr.
Returning to Stonewall Resort on April 1st, 2016!

Why not make it a getaway weekend? Stonewall is offering special lodge rates starting at $129 from Thursday, March 31st through Sunday, April 3rd!

Cash bar and dance floor available during performance. Golf Course & Marina Open for the season on April 1. Lodge rates do not include tax, resort fee or park enhancement fee. Based on availability. $129 lodge rate valid for 3/31-4/3. Call Stonewall Resort at: 888-278-8150. 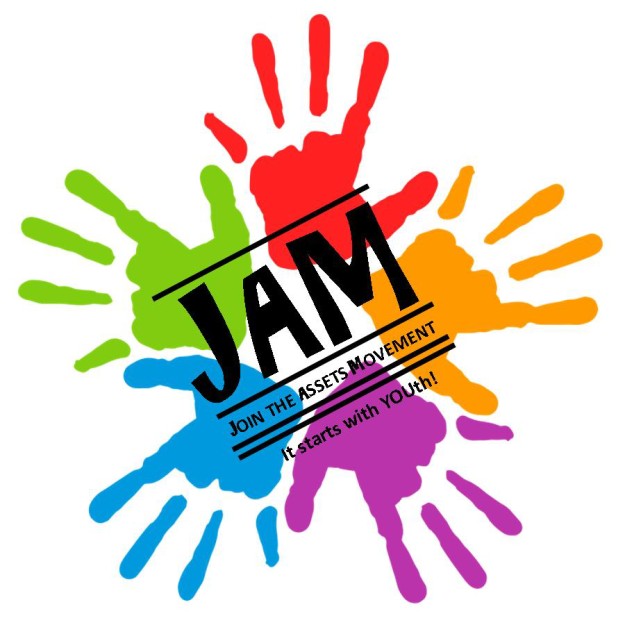 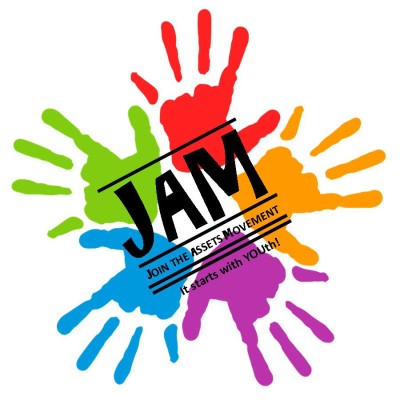 Big news for Landau Eugene Murphy Jr. fans and friends in the Eastern Panhandle of WV, DC, VA and Baltimore…

The NBC TV America’s Got Talent winner has just been announced to headline a major “Murphy Meets Motown” — JAM: Join the Assets Movement Benefit — on Friday night March 11th at TheLivingRoom at Foxcroft Towne Center at Martinsburg WV at 8pm!

Tickets are on sale now! 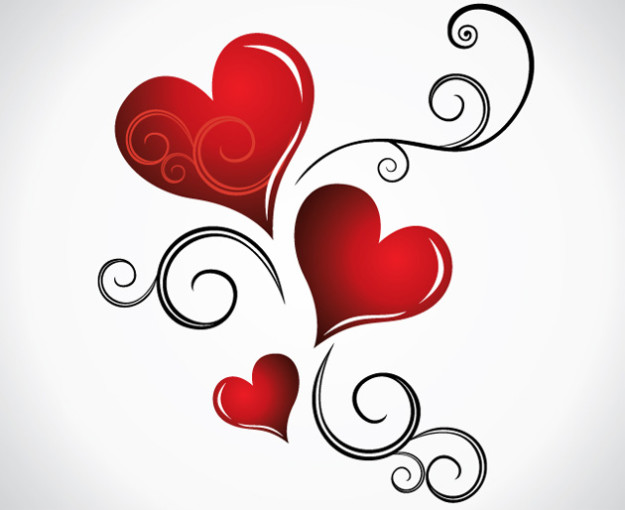 Landau will be bringing the love to the Nugget Casino Resort’s Celebrity Showroom on Valentine’s Day Sunday, February 14th — Get tickets for you and your special someone today! It’ll be a night filled with the timeless love songs and favorites from the Great American Songbook, Motown and More performed by the Season Six winner of NBC TV’s America’s Got Talent and his Big Band!

The Celebrity Showroom at the Nugget is renowned not only for the top name stars, who have graced its stage over the last 50-plus years, but for its fantastic ambience and acoustics. The Showroom can seat nearly 700 people with table seating, booths and a mezzanine/balcony. For information, please call (800) 648-1177. www.nuggetcasinoresort.com

Plus, one lucky fan and a guest can be Landau’s special VALENTINE’S VIP’s for the show…win a pair of VIP tickets to see Landau at the Nugget, an autographed copy of Landau’s new live-in-concert DVD and the opportunity to meet Landau and his band backstage! To win, show us or tell us why you LOVE LANDAU FOR VALENTINE’S DAY on Landau’s Facebook page and be sure to use the hashtag #lovelandau. We’ll pick a winner on Wednesday February 10th. No purchase necessary, must be 21 or over to win.

Concertgoers are encouraged to bring non-perishable foods to donate, earning a chance to meet the singers after the show. The concert repeats at 7 p.m., at the Madison Civic Center in Madison, with the same ticket prices and food drive. Murphy will be joined on stage Friday by the Mingo Central High School choir. Local favorite Seth Bunting will perform at the Madison concert along with the Ramage Elementary School chorus. For information, call 304-989-3360. – See more at: http://www.wvgazettemail.com/ae/20151216/best-bet-a-landau-christmas#sthash.3uyg1wOQ.dpuf