Concertgoers are encouraged to bring non-perishable foods to donate, earning a chance to meet the singers after the show. The concert repeats at 7 p.m., at the Madison Civic Center in Madison, with the same ticket prices and food drive. Murphy will be joined on stage Friday by the Mingo Central High School choir. Local favorite Seth Bunting will perform at the Madison concert along with the Ramage Elementary School chorus. For information, call 304-989-3360. – See more at: http://www.wvgazettemail.com/ae/20151216/best-bet-a-landau-christmas#sthash.3uyg1wOQ.dpuf

Landau to perform last half of holiday tour in parts of W.Va. 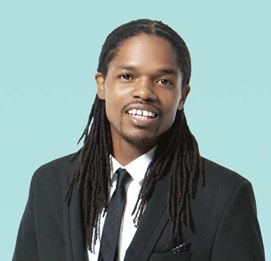 Read this article online at www.WVMetroNews.com

Landau Eugene Murphy, Jr. to perform last half of holiday tour in parts of W.Va.

CHARLESTON, W.Va. — Logan County native and jazz artist Landau Eugene Murphy, Jr. will perform in parts of West Virginia during the last half of his annual Home for the Holidays Tour.

Murphy will be in Charleston Friday night to host a show at the Culture Center at 8 p.m.

The tour consists of 10 shows throughout the month of December. Other upcoming shows in the state include one at the Larry Joe Harless Community Center in Gilbert on Dec. 18 and one at the Madison Civic Center in Madison on Dec. 19.

“We’re basically coming back to the coalfield areas to help out some less fortunate people. Everybody’s bringing a non-perishable food item down to the food pantries and things like that and also to my shows to make sure some kids get some meals that they’re missing,” Murphy said on Friday’s MetroNews Morning News.

As part of the tour, Murphy will headline a special Frank Sinatra 100th Birthday Celebration at the Bethesda Blues and Jazz Club in Washington D.C. this Saturday.

“I’m just thankful to be apart of that,” he said. “I actually got to sing for the Sinatra family out in California at The Grove and Tina Sinatra kissed me on the cheek.”

The America’s Got Talent winner has made a career out of doing Sinatra tributes around the country. Murphy said Sinatra had a certain style that stood out to him, which is why he wants to continue his legacy.

“The music that they arranged and put together is always going to be around. It’s just timeless classics. Most people make those hits to last maybe a decade or twenty years, but then you never hear about them again, but the music that they made back then was just, everything was the heart of America,” he said.

Tickets for the performance are available at landaumurphyjr.com.

Concertgoers can purchase advanced general admission tickets for $25 and advanced tickets for $50. Fans who bring a non-perishable food item for the local food bank can attend a special after-show reception with Murphy and the band.

Landau wraps up his 2015 Home For The Holidays Tour with concerts deep in the West Virginia coalfields, Friday night December 18th at the Larry Joe Harless Community Center in Gilbert and Saturday night December 19th at the Madison Civic Center. Bring a canned food donation to either show to benefit the local food pantry and you’ll have the chance after the show to meet Landau in person, along with his special guests former Temptations lead singer Glenn Leonard and from NBC TV’s The Voice, Cody Wickline.

2015 Home for the Holidays Tour

Landau Eugene Murphy Jr. Hits the Road for the 2015 “Home For The Holidays” Tour

Landau Eugene Murphy Jr., the chart-topping vocalist and television personality, will celebrate the season with his 5th annual Christmas tour throughout the month of December.

This year, Landau fans have an extra reason to celebrate, with the recent release of his first ever performance DVD. “Landau Live In Washington DC at Bethesda Blues and Jazz” features Landau and his incredible big band in top form, performing classics from The Great American Songbook for a packed house in the Nation’s Capital. The DVD is available on tour and online at www.amazon.com and landaumurphyjr.com.

Landau has also added a trio of Christmas tour dates in southern West Virginia, where fans at each show who bring a non-perishable food item for the local food bank can attend a special after-show reception with Landau and the band.

“My home state is hurting now, with the highest unemployment rate in the nation, so we’re hoping to bring a little Christmas cheer and help them forget about their troubles, at least for a little while,” said Murphy who was once himself homeless, living in his car before going on to win NBC’s America’s Got Talent and a one million dollar prize, secure a Columbia Records recording contract, release a #1 best selling book and dazzle millions of fans worldwide.

Landau will wrap up his 2015 holiday tour by ringing in the New Year December 29th, 30th and 31st at the Black Bear Casino in Duluth, MN. Tickets for the performances are available to casino VIP’s only, but a limited number of special tickets will be given away to Landau fans via the performer’s Facebook page.

Landau in the Big Apple 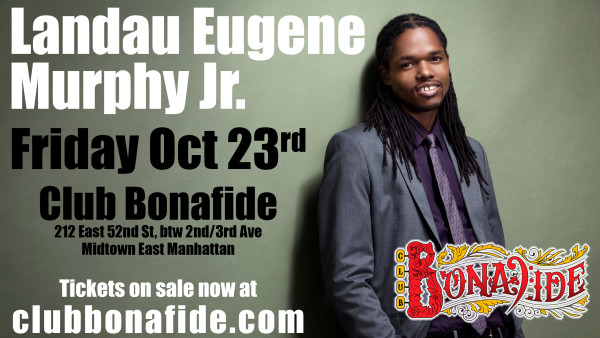 Boston-area fans: Landau will be performing a Benefit Concert at The Center For Arts Natick (TCAN)​ in Natick, Massachusetts​ on Saturday, October 24th.

Get your tickets today by visiting: www.natickarts.org/performance/tcan-benefit-featuring-landau-eugene-murphy-jr

Over 100 sold out concerts across three continents, from Caesars Palace to the Apollo Theater and all points in between. A debut CD from a Grammy winning producer that hit the top of the Billboard charts.  More than a million dollars raised for children’s and homeless charities via his holiday CD and personal appearances. Performing duets with childhood heroes Patti Labelle and Glenn Leonard, the former lead vocalist from The Temptations. An international television audience of over 100 million touched by his amazing life story. And it all started in a very small town with a man who possessed a big dream and an even bigger voice.

Landau wowed the judges on America’s Got Talent with his back story of homelessness and determination to succeed for his family, coupled with interpretations of classics from Cole Porter, Dean Martin, Frank Sinatra and others, Landau walked away with the million dollar grand prize in front of 14 million weekly viewers. According to show insiders, when all was said and done, Landau had won America’s Got Talent by the biggest vote total in the show’s history.

TCAN’s Annual Benefit is a celebration of the positive impact that the arts have on our community. Proceeds from the benefit will support TCAN’s artistic programming as well as its community outreach initiatives. Through subsidized tickets to world-class performances, scholarship opportunities, hosting of local nonprofit events and more, TCAN is dedicated to providing affordable and accessible arts programming that everyone can enjoy. Sponsors and patrons of TCAN Benefit 2015 play an important role in supporting the TCAN mission.