His last name is Murphy, so he’s celebrating with a special St. Patrick’s Day concert!

Join Landau at the historic Strand Theater in Moundsville WV on March 18th as we kiss the Blarney Stone, Scramble the Shamrocks and Listen for the Landau Leprechauns to put their special spin on the Great American Songbook and Musical Motown Memories.

This is one Spring Fling you won’t want to miss!

Tickets are ON SALE now!

Snowshoe Mountain Resort is bringing you the smooth stylings of West Virginia’s favorite native son just in time for Valentine’s Day. Who can melt hearts better than Landau? And, best of all, it’s FREE!

Doors open at 7pm, and the show starts at 8pm in the Mountain Lodge Ballroom.

Skiers, snowboarders and just plan snow lovers… all you have to do is RSVP at the below to reserve your space. But, don’t wait, seats are limited and we’re sure it will be all booked up before you know it.

Wild, Wonderful West Virginia is also giving away a Valentine’s Weekend package, including a two-night stay, rentals and lift tickets for two, and VIP seats at the Landau concert!  To enter the giveaway, just share this event at the Facebook link below and tag your valentine ♥

See ya at Snowshoe!

Landau croons and swoons his way to the Pops 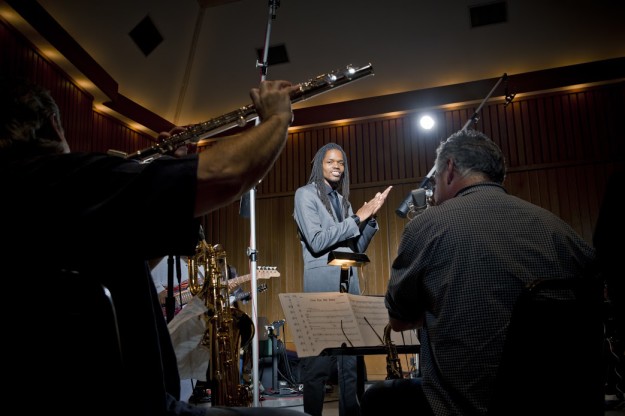 Landau Eugene Murphy Jr. croons and swoons his way to the Pops

The winner of “America’s Got Talent” has been keeping busy.

When Landau Eugene Murphy Jr. won NBC’s “America’s Got Talent” five years ago, he had no idea that he’d continue on with his arsenal of good time swing and emotive, clarion vocal skills. He loved standard jazz classics by his heroes, Sinatra and Bing Crosby, and was simply happy to keep their legacy alive.

But then again, Murphy Jr. never though he’d make it out of a Michigan car wash where he sang Sinatra tunes to his co-workers. Fast forward to the present, and not only has he released a debut album, “That’s Life,” that hit No. 1 on the Billboard Jazz chart, a Christmas album —”Christmas Made for Two”— and an autobiography (“Landau: From Washing Cars to Hollywood Star”), he readying his third album for 2017 release with holiday shows on the horizon.

You won “America’s Got Talent,” but are you a competitive fellow with everything you do?

Music is too pure to be competitive about. I just want to entertain, and that show was a great vehicle for it. I have never been competitive in regard to singing at all. Throwing basketballs, running fast; those things I would compete in. Also, I think that everybody can sing, you just need the right opportunities.

Well, looking at basketball and running for a moment, that takes training. Did you train your voice to do what you wish, or was it – is it — natural?

Life trained my voice, whether it was me being funny with my friends or me chatting in-between dance steps. That said, you couldn’t go in unprepared. I’ve been booed during open mics. My family booed me – but that trains you too; that and singing in church, old age homes and such as I have since I was three-years-old.

Man, that’s a tough family. You’re not singing conventionally easy stuff to begin with – it’s mostly jazz, big band, and Tin Pan Alley standards, to go with your own soulful compositions at a time when so many people your age go for pop or hip-hop. What was that challenge like?

As a normal urban black kid, I grew up listening to rap and pop in West Virginia; from Sugarhill Gang to Cyndi Lauper to the Oak Ridge Boys. By the time we moved to the big city, more of what was popular hip-hop on the radio became my steady diet. But this genre – the standards – was something I liked from childhood. I sang Bing Crosby every day, just joking with my friends.

Yet, it’s not like I could be Bing Crosby. Or Frank Sinatra. Imagine sounding like Sinatra, looking the way I look? But it worked. I think this genre chose me. The music is pure and timeless so it became natural. I have to say too that my friends would crack up listening to me do this – they like me, never took it seriously.

So when did that change? When did it get serious?

I worked for this car wash dealership in Michigan, and my boss came into the washroom one day when I was singing. He told right then, ‘You should not be working here.’ He took me to a club in Oakland County Michigan to a room full of people for some open mic, and the room just got quiet when I sang. That was the turning point I guess. He made me know that I had something. It took me a minute to get it, because I was 30. I weighed my options— am I going to be a successful rapper at this age, or do I stand a chance crooning?

So when you’re writing you own stuff, what are you going for?

That same pocket, vibe and feeling that I get when I’m singing Cole Porter or Nat King Cole; that’s my thing. You don’t fix something that’s not broken. So my song like “Come Home to West Virginia” – I hope you get the same feelings that I have about that place, that easy country road feeling and the same feeling you would get from a Frank Sinatra song where he’s singing about New York or Chicago. Plus, there is always a great, stylish arrangement – the bigger the better.

Which reminds me: you’re fronting the Boston Pops coming up for New Year’s Eve, the biggest of all orchestras.

When I travel, we usually play with between 12 and 22 pieces. The Pops though? That’s big. They’re a down-to-earth crew and I think they appreciate what I do, that I love the old standards. I did a walk-on with the Pops when they did a Motown set last year, and they said ‘why don’t we just put you on the books for New Year’s’? Guess I knew my plans a year early. 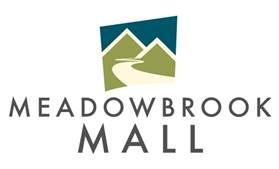 (Bridgeport, WV) October 28, 2016: Thousands of shoppers are expected to attend what’s become known as Meadowbrook Mall’s official kick off to the holiday shopping season. The 12th annual after-hours charity event, Purchase with a Purpose, will take place Sunday, November 6 from 6:00-9:00pm. The three-hour event offers shoppers exclusive discounts, entertainment and the chance to win over $7,500 in door prizes, including the $5,000 Grand Prize from sponsor Dan Cava’s Toyota World. The entertainment highlight of the evening: a special guest performance by Eugene Landau Murphy, Jr. This renowned jazz crooner (and Logan County, WV native) last performed at Meadowbrook Mall during our 2013 Grand Re-Opening Celebration. He was the Season 6 Winner of America’s Got Talent.

Participating charities have been pre-selling $5 tickets to Purchase with a Purpose. They will be on hand Sunday night selling tickets at the following locations in the mall:

JCPenney Catalog: The Studio of the Performing Arts

The Studio for the Performing Arts

Pictured below is the 2014 Grand Prize winner, Karen Hinkle of Clarksburg, shortly after receiving her $5,000 check from Machelle and Santino Cava., along with event M.C. Sarah Rowan of Magic 106.5. 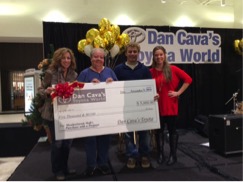 The Meadowbrook Mall Complex is located on Interstate 79, Exit 121 in Bridgeport, West Virginia. It has been serving the people of the Bridgeport/Clarksburg area since 1982. To learn more, visit www.meadowbrookmall.com. Meadowbrook Mall is owned and managed in association with Cafaro affiliated companies, based in Niles, Ohio. One of the nation’s largest privately held shopping center developers, the Cafaro organization owns and oversees more than 30 million square feet of commercial real estate in 10 states. For information on the Cafaro organization, visit www.cafarocompany.com.