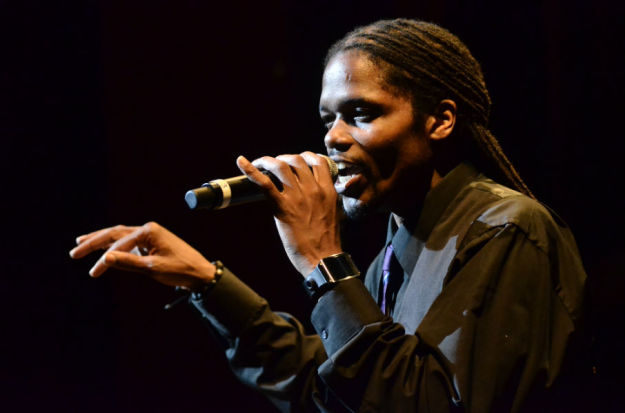 The “America’s Got Talent” winner Landau Eugene Murphy Jr. has spoken about his life, challenges to his faith, and how he has remained rooted in God in the wake of newfound fame.

Growing up between West Virginia and Detroit, Michigan, the 40-year-old jazz singer has been shot at, homeless and felt like he hit rock bottom before he became the season six winner of NBC’s competition “America’s Got Talent.” American voters seemed to fall in love with the story of a car washer on his last dime belting out Frank Sinatra classics, but Murphy’s life did not change in the way some would think when he won $1 million and a contract to headline shows in Las Vegas.

“Being in Vegas was something that I really felt was bad for my soul, so I got out of Vegas as soon as possible after winning ‘America’s Got Talent,'” Murphy told The Christian Post. “I came back home and I started raising money for less fortunate people again, which ended up being to the amounts of $1.3 million for homeless and abused kids and different charities around the states of West Virginia, Kentucky and Ohio.”

As someone who once lived out of his car and struggled to secure a solid meal, Murphy has a hard time dealing with the mindset of those catering to famous people when there are people in need who are struggling.

“Being homeless is really weird because when you’re homeless, no one will give you anything but when you’re famous people want to give you steak dinners. That’s just weird to me; it’s so backwards,” he told CP. “I try not to let any of this go to my head and I don’t take anything for granted. I mean I’m the type, give me a steak and I’ll go and hand it to the guy that’s sitting outside begging for it.”

It is this type of humility that pulled at the heartstrings of audiences watching “America’s Got Talent” in 2011, leading them to vote for Murphy to win the competition. Since then, the jazz singer has two albums under his belt and is still enjoying the experience of touring.

Three years after getting introduced to the world through his voice, Murphy’s touring schedule is booked with shows around the country. The singer admits his music career has not been easy to maintain after winningthe coveted talent competition that brought him fame.

“I think God put me in a position, a whole lot of positions where I had to learn on the fly,” Murphy said. “I had to learn to adapt to different environments and different situations without having a vocal coach. It was all a learning process.”

Still, the Christian jazz crooner has not lost his passion for performing and remembers why God gave him the natural abilities to do so.

“[God] putting me on stage to allow me to raise money for less fortunate people was my grooming process. That was my process to get me ready for what I’m doing now,” Murphy said. “Now I just enjoy it. I still get butterflies, I still get nervous when I’m getting ready to go onstage.”

While Murphy is preparing to release his third album later this year, he remembers a time when he and his wife were robbed of everything in their West Virginia home. A talk with God let Murphy know that a bigger platform would be provided to him and then at 37 years old, his entire life changed.

The singer is proof that dreams come true at any age in life and remembers a time when people once doubted his.

“Family, friends, close people around me tried to discourage me from doing what I was doing or pursuing my dreams. But every time I got kicked down, every time I felt like I was slipping off or falling off, I’d tie a knot into the end of that rope and pull myself back up,” Murphy told CP. “God gives us the abilities to do that but it’s up to us as individuals. It’s not up to a teacher or philosopher or anybody that can tell you that, you have to have this in you.”

Murphy continues to hold onto his faith when pursuing his dreams, insisting that when people know their purpose, faith can get them through anything trying to deter them.

“From the time you start breathing, you’re on this planet to serve a purpose. That purpose is to spread the Word of Jesus Christ and let people know that we’re all under the same umbrella,” he insisted. “You’ve also got to have that endurance to know that your faith alone is going to get you through obstacles or anything that this life can throw at you. That’s what I’m always going to hold on to, I’ll never let that go.”

The singer believes that surrounding himself with positive people from all walks of life has made an impact on him and he strives to continue to impact others through his charity work.

“I always was in church, singing and doing little church fund raising events and stuff like that. It just made me better, it made me stronger so I could see what the world was really like and how people really care about other people,” Murphy revealed. “I plan on doing charity forever, that’s what it takes. I’m in a better place, I’m just doing my part.”

The Logan, West Virginia, native notices that while some people changed when he won one million dollars, but he continues to stay rooted in his faith. Murphy’s focus is on more than just his music, but helping the less fortunate beyond the holiday season.

“We’re all under the same umbrella, we all bleed red blood. It’s just sad how society tries to stereotype things or place other people in different categories when we’re all the same,” Murphy said. “Under God, there is no one greater no matter how famous you get, no matter what your status is in this world. We all have to answer to the Almighty.”

For more information about Murphy and his performances in a city near you, please visit landaumurphyjr.com.