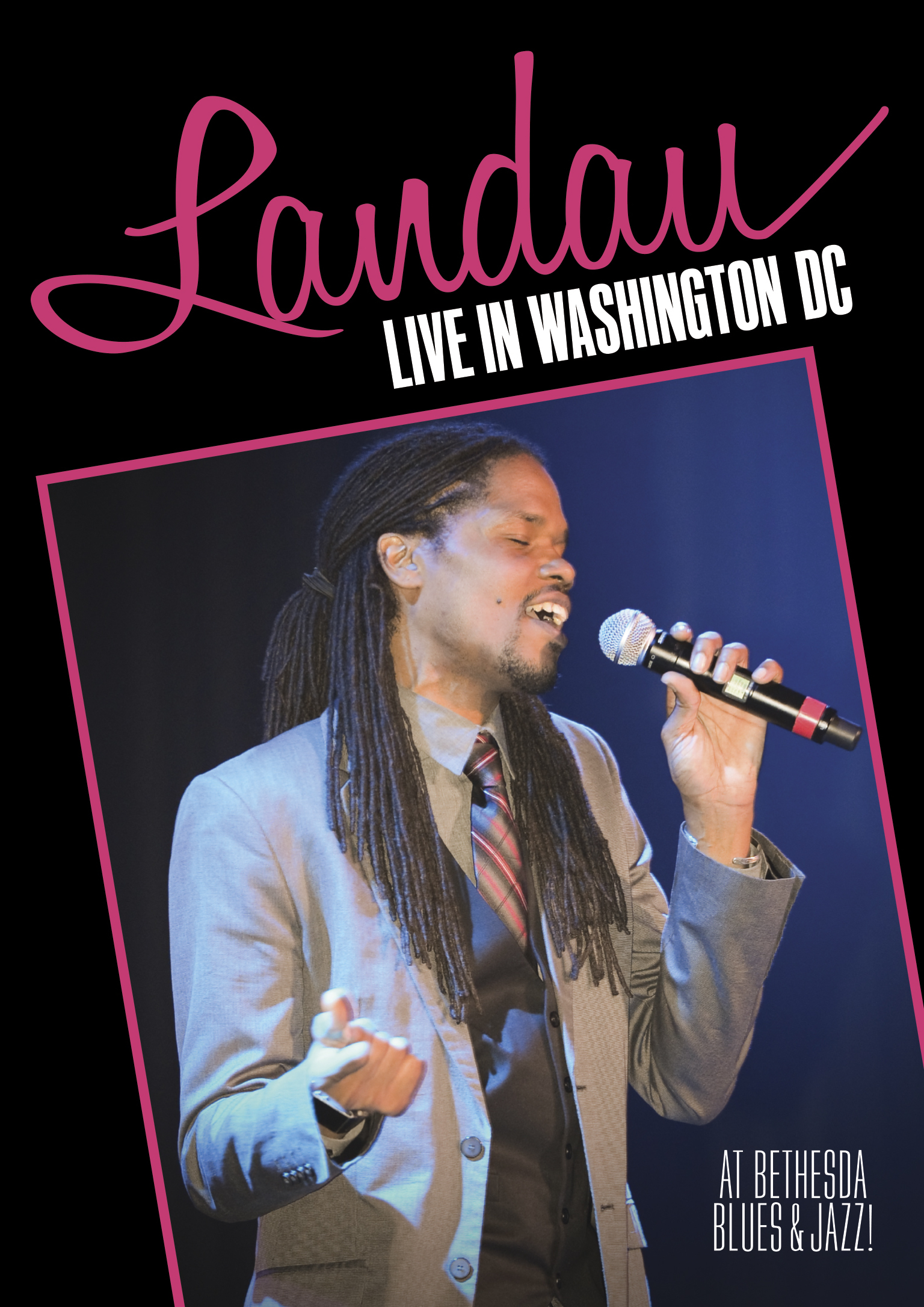 Landau Eugene Murphy Jr. has thrilled audiences at hundreds of live performances across three continents since winning NBC TV’s “America’s Got Talent” in 2011. Landau’s Columbia Records debut album “That’s Life” hit #1 on the Billboard Jazz charts, and his book “From Washing Cars to Hollywood Star” spent several weeks at Number One on Amazon’s Jazz Books list. Landau’s “Christmas Made For Two” CD became a major fundraising tool for the Children’s Home Society of West Virginia, where to date he’s helped to raise over a million dollars for charities in his home state.

Now, you can experience Landau and his Big Band recorded live in concert at the beautiful Bethesda Blues and Jazz Club near Washington, DC. You’ll experience all the timeless classics from the Great American Songbook first made famous by Frank Sinatra, Dean Martin, Nat King Cole and more in Landau’s own unique style. Hits include Come Fly With Me, Ain’t That A Kick In The Head, Witchcraft, Night and Day, That’s Life, My Way and many more! Come see Landau live in concert and be sure to stop by and say hello after the show; Landau enjoys meeting fans and friends after every performance! Get upcoming concert dates and much more online at landaumurphyjr.com.

Christmas Made For Two ›