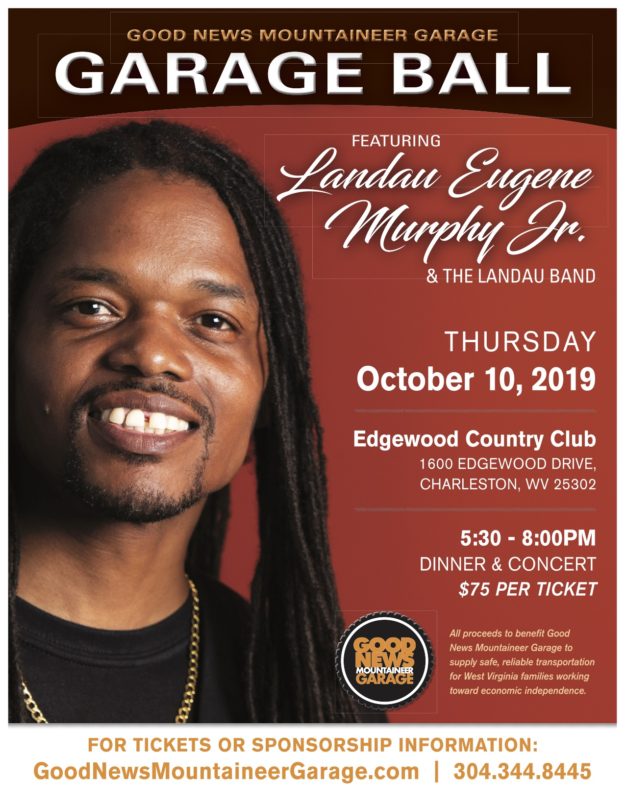 Get your tickets today at https://www.goodnewsmountaineergarage.com

Landau is the season six winner of NBC’s “America’s Got Talent”, securing the largest vote total in the show’s history. Personal interpretations of standards by Frank Sinatra and others have led to dozens of sold-out performances for Landau around the world, from Shanghai to San Francisco, New York City to Las Vegas, and across Europe singing for U.S. troops stationed there. Landau has shared the stage with the Boston Pops, George Benson, Patti Labelle, Christopher Cross, the Commodores, the Temptations and many more.

Landau has also co-authored a best-selling book with award-winning writer Rick Robinson “Landau Eugene Murphy Jr: From Washing Cars to Hollywood Star” (Headline Books) that debuted at #1 on the Amazon.com Jazz Book chart. Landau made his film debut in the movie “Choices” in 2018. He continues to tour globally when not at home in West Virginia, where Landau was named “West Virginian of the Year” by the Governor’s office and where he has helped raise over a million dollars for Mountain state charities.