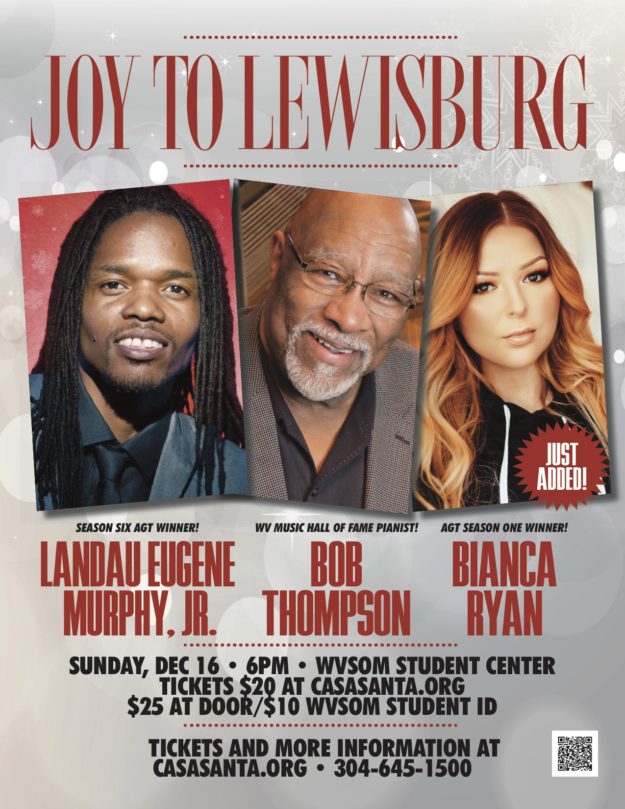 West Virginia music hall of fame pianist Bob Thompson is perhaps the state’s best-loved musician and ambassador of jazz. He has touched many people’s lives both as an entertainer and a teacher.

As part of Joy to Lewisburg, Bob and Landau will be joined for the first time on stage by America’s Got Talent Season One Winner Bianca Ryan.

Event tickets can be purchased by visiting http://casasanta.org/?fbclid=IwAR0uKkDWBZxUHJsrs6np9VrwGR-id1-iK9HSYkCGehhx5w8AAjgzZ2HKCpA