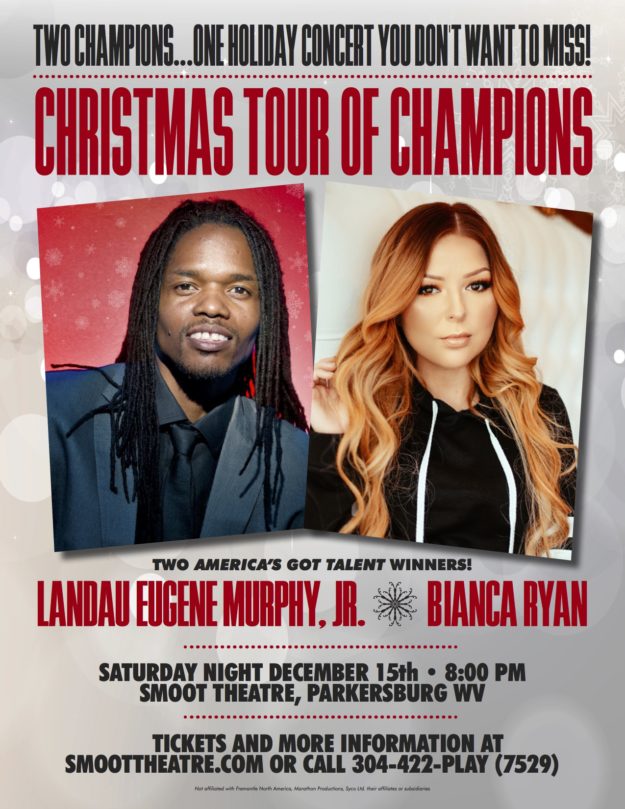 Landau Eugene Murphy Jr., West Virginia-native and the 2011 winner of NBC TV’s America’s Got Talent, will perform at the Smoot Theater in Parkersburg, WV Saturday night December 15 at 8:00 pm.

As part of the Christmas Tour of Champions Landau will be joined for the first time on stage by America’s Got Talent Season One Winner Bianca Ryan.

Event tickets can be purchased by visiting http://www.smoottheatre.com/americas-got-talent-holiday-tour.html