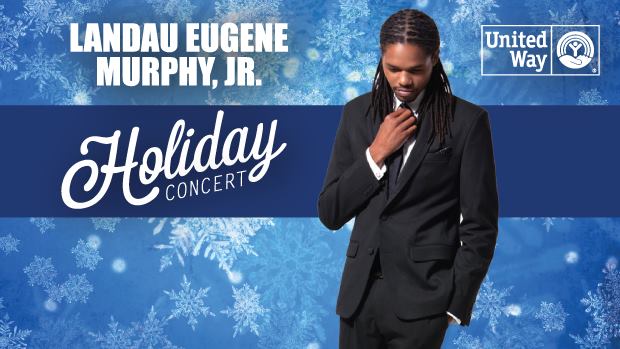 Landau Eugene Murphy Jr., West Virginia-native and the 2011 winner of NBC TV’s America’s Got Talent, will perform at the Metropolitan Theater in Morgantown Friday night December 7 at 7:30 pm.

As part of the Christmas Tour of Champions Landau will be joined for the first time on stage by America’s Got Talent Season One Winner Bianca Ryan.

Event tickets are $30 and can be purchased by visiting https://www1.ticketmaster.com/landau-eugene-murphy-jr-morgantown-west-virginia-12-07-2018/event/1600551EC3878616?fbclid=IwAR0h2505dnrhFJDYfOEUyb_SWYsRIT3dOX6HUVsZpIoYVD6j3nP5o-39J9A

The wait is over!! Landau’s Christmas Tour of Champions is here ›