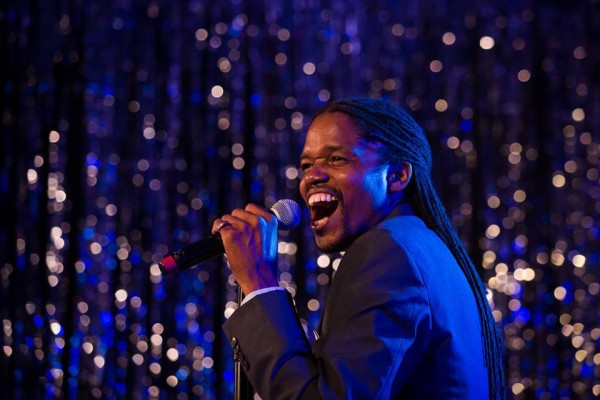 Landau Eugene Murphy Jr, winner of Season Six of NBC-TVs America’s Got Talent and Joe Coleman, lead singer for 22 years of one of the world’s most renowned vocal groups -‘The Platters’ are coming together to perform at the Carnegie Institution in Washington DC on Friday, September 14 at 7 pm during the Congressional Black Caucus week-end. They will be joined by Sandra Ash, a classically trained singer, and songwriter.

Landau also known as the ‘Soul of Sinatra’, grew up listening to Motown and won America’s Got Talent with the highest votes ever in the history of the show. His debut album spent six weeks at Number One on the Billboard Jazz Chart. He has performed dozens of sold out concerts around the world and has headlined at Caesars Palace in Las Vegas, the Apollo Theater in New York and the Grove in Hollywood, the Fountainbleu in Miami and the Mercedes Benz Arena in Shanghai China, among other venues. His book “From Washing Cars to Hollywood Star” was an Amazon #1 bestseller and a Readers’ Favorite Award Winner. This young genius of an Artist has not forgotten where he came from, gives back on a regular basis by donating his time and resources to a variety of charitable causes and organizations.

He will be accompanied by the former lead singer of ‘The Platters’ and now a part of the renowned band LCB (Leonard, Coleman, and Blunt) Joe Coleman. Joe is not only an acclaimed vocalist, he is a theatrical producer, composer, performer and songwriter who has appeared on Broadway and performed for Oprah Winfrey, Quincy Jones, Nancy Wilson, Sidney Poitier and countless others. A regular at the Sahara Club in Las Vegas, Joe has written and produced many of the songs performed by Leonard, Coleman, and Blunt; they have known each other since they were young teenagers. Leonard, Coleman, and Blunt graciously produced and recorded the official D.C. Statehood Song, Stand Up 4 DC and together they have sold over one hundred million copies over the world.

Join us for an evening of Motown magic in Washington DC and witness why America voted for Landau by the highest margin ever singing alongside Joe Coleman who has been bringing Motown to audiences over the decades. This is your chance to watch Landau and Joe Coleman perform together on one stage! Also joining them will be Sandra Ash, a talented and gifted singer, arranger and songwriter who began her musical journey when she was 4.

This fundraiser evening brought to you by Living with the Law will begin with a seated dinner featuring a Fashion Flash along with many special surprises and giveaways!

Get your tickets today https://www.eventbrite.com/e/time-to-shine-through-the-rain-tickets-45040706967