Join Landau to Kick Off the Summer Season at the 500 Club! 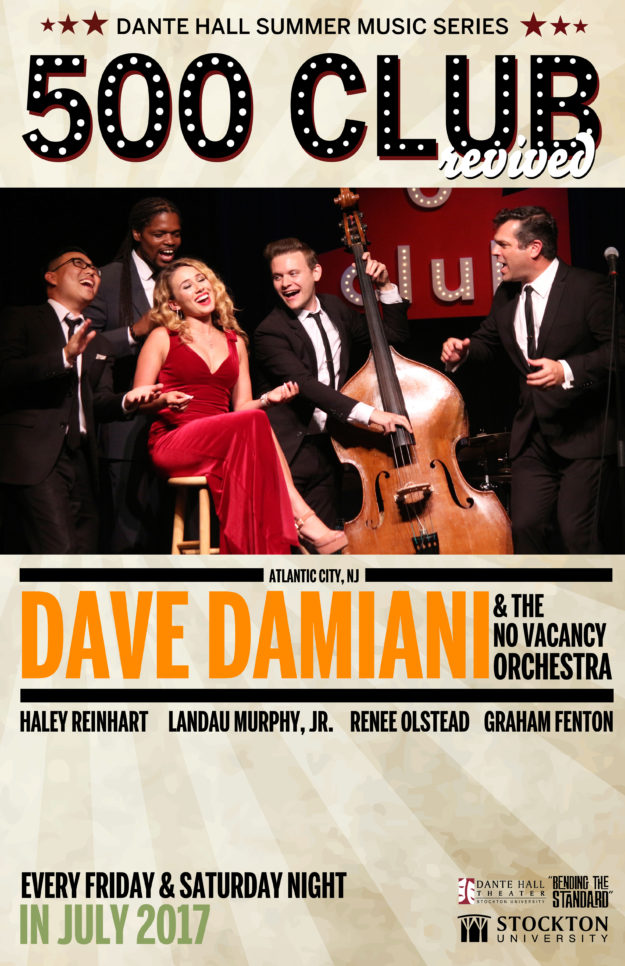 Winner of America’s Got Talent Season Six Landau Eugene Murphy, Jr. will be performing in Atlantic City this weekend!

Dante Hall Theater Summer Music Series presents 500 Club Revived. This month-long celebration attempts to recreate the vibe of this famous club. The 500 Club was the place where Atlantic City legends would go after performing at the casino. Frank Sinatra, Dean Martin, and Sammy Davis Jr. were frequenters of the 500 Club. The 500 Club, once owned by Sinatra pal and confidant Paul “Skinny” D’Amato is where The Rat Pack and their swinging fans spent their summer nights carousing and crooning on the Jersey Shore! Landau will be joined by Dave Damiani’s No Vacancy Orchestra for a night old school classics and contemporary twists on your favorite standards from the Great American Songbook.

Landau will be performing at 8 p.m. on June 30 and July 1 at Dante Hall for the 500 Club Summer Series. Tickets are available at www.stockton.edu/dante.

Landau Eugene Murphy, Jr. is still the number one vote getter of all time on America’s Got Talent. When he first auditioned, he was washing cars in Logan, West Virginia. He won the judges and America over with his outstanding voice and unique personality.

Now in his seventh year since America’s Got Talent, Landau has had performances on three continents. Places include Coconut Grove in Los Angles, Caesar’s Palace in Las Vegas, the Apollo in New York City, and Fountain Blue in Miami. Landau has performed with Patti LaBelle, the Temptations, the Platters, the Drifters, and George Benson. In 2018, he is scheduled to perform with the Commodores.

Honoring his country, Landau has performed the National Anthem for the Baltimore Orioles, the Washington Nationals, the Oklahoma City Thunder, the Washington Wizards, the WVU Mountaineers, Marshall’s Thundering Herd, and NCAA Tournaments at Madison Square Garden.

Landau’s newest album “Landau” (2016) is one of three he’s released; he’s also released a DVD “Live in Washington D.C.” and co-wrote a book “From Washing Cars to Hollywood Star.”

Landau made appearances on The Today Show, The View, CNN, Fox and Friends, The Wendy Williams Show, The Talk, Anderson Cooper, Tom Joyner, Sirius XM, NPR, The Daily Buzz, and more. Landau has received many honors, such as “West Virginia of the Year,” Reality TV Personality of the Year, NAACP Image Award, and J.C. Outstanding Young American Award.