Landau Eugene Murphy, Jr. will donate 100% of the profits from his brand new song Come Home to West Virginia to assist victims of the historic flooding, and he’s dedicating his Sunday July 3rd concert at the Levee in Charleston to both the victims of the devastation and the thousands of first responders and other volunteers who have assisted with flood recovery efforts. 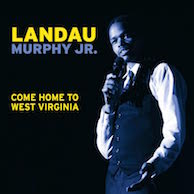 “I got with the co-writers of my song out in California right away, and we all decided to do whatever we could to help,” said Landau. Dave Damiani and Alex Frank, the Los Angeles based co-writers of “Come Home To West Virginia,” will now be flying into Charleston for the Sunday July 3rd concert to assist with the effort. “We’ve always been so amazed at how despite all his success, Landau has continued to make his home in West Virginia and tour the world out of his home state-he really loves West Virginia and it’s people so much,” said Damiani.

“Come Home To West Virginia” is currently available as an iTunes download, on Amazon.com, and on Landau’s website. Physical copies of the CD single will also be available this Sunday July 3rd at the Charleston. Digital downloads are $1.29 and physical CD’s are $4.99, with all profits in the month of July beneftting flood relief efforts. 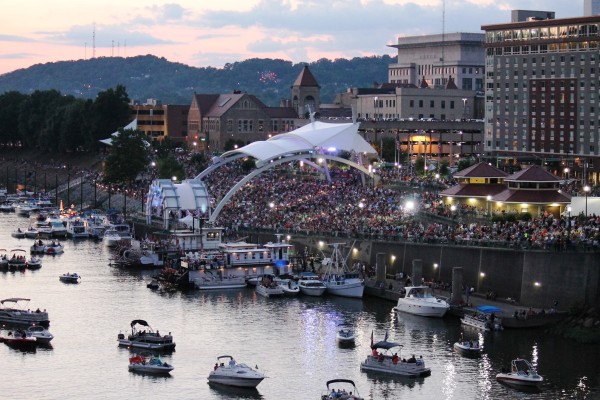 Landau will headline the FREE 8pm performance at the Levee in downtown Charleston, which he’s now dedicating to victims of the flood, and the thousands of volunteers and first responders who came to their aid. The City of Charleston and Suddenlink are teaming up to present the Independence Day concert and fireworks after the show; the soundtrack for the fireworks will air on Mix 100.9. This will be a command return performance for Landau, whose 2015 Live On The Levee performance had the biggest Levee attendance in many years. It also marks the kickoff of Landau’s “Homecoming” tour, his first extensive tour of the Mountain State in several years. Landau’s out of state tour dates this year include two summer shows with the World Famous Boston Pops, filming of a live PBS special at The Grove in Hollywood in August, and dates in Florida, South Carolina, Maine, Michigan, Washington state, Maryland, Virginia, Kentucky, Ohio, Virginia and more.

To help make the July 3rd show even bigger and better, Landau will also perform a special “Murphy Meets Motown” duo set with his special guest artist, former Temptations lead vocalist Glenn Leonard. Leonard spent nearly a decade with the legendary group in the 1970s and 1980s, recording ten hit albums with the group and touring the world. Highlights of Glenn’s time with the Tempts include performances on “American Bandstand,” “Soul Train,” at Muhammad Ali and Joe Frazier’s famous “Thrilla In Manilla,” and participating in the “Temptations Reunion” tour and album featuring all the original members of the legendary Motown group. Glenn was recently inducted into the Rhythm and Blues Hall of Fame. “Since a lot of folks couldn’t get tickets to the Mayor’s sold-out concert at Festivall with the Tempts and Tops at the Clay Center, we thought we’d bring that awesome Motown Sound for free to everybody,” said Landau.

Grounds will open at 6pm Sunday July 3rd with Kanawha Boulevard in front of the Levee shut down to allow for Independence Day food and beverage vendors, inflatables, and other attractions for children and families. The Landau Eugene Murphy Jr. show begins at 8pm, followed by fireworks at 9:30pm.