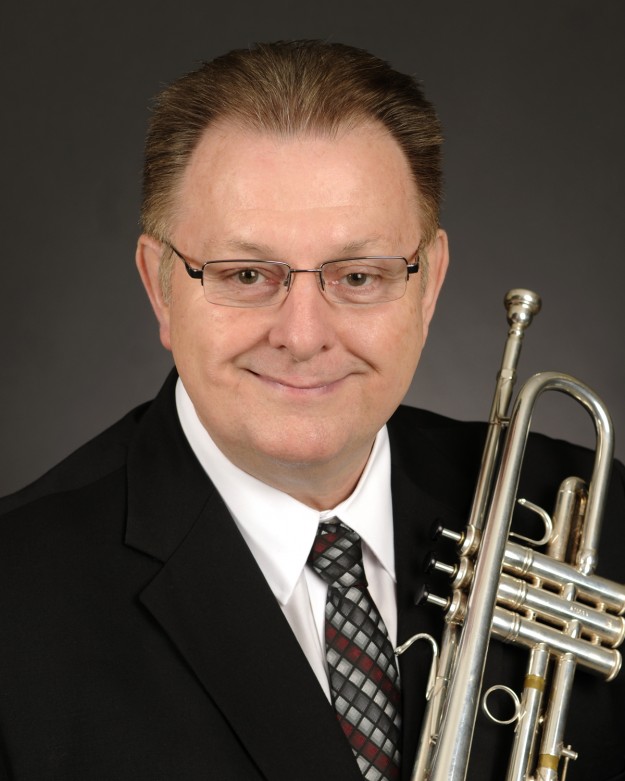 I was just off the road playing with the Buddy Rich Big Band in the summer of 1982 and was settling back in Vegas looking for my first fulltime house orchestra gig. The lead trumpet player at the Frontier Hotel, Tony Scodwell, was playing for magicians Siegfried and Roy and was a good friend of Al Ramsey who was the band leader at Caesar’s Palace. Tony called Al and “highly” recommended me to take the place of Stu Satalof who had just given his notice at Caesar’s Palace and was moving back to Philly. Al told Tony to have “the kid come and see me”. I auditioned for the “lead trumpet” spot playing for Tony Bennett and was hired for the gig.

The Caesar’s Palace house orchestra played for a different major star every week. Frank Sinatra, Tony Bennett, Sammy Davis, Jr., Julio Iglesias, Cher, Ann Margaret, George Burns, Wayne Newton; you name the act, we played with them! Playing for the stars was a thrill! I was extremely fortunate and felt honored to get on that gig!

During my time at Caesar’s Palace, I had the opportunity to play for Mr. Sinatra several times. Bill Miller was conducting from the piano at that time with the incredible Irv Cottler playing drums! I also remember Vince Falcone coming on the scene to conduct while Bill Miller played piano. What a treat to play and listen to these legendary musicians. Great people, too!

Each time Mr. Sinatra would perform at Caesar’s, we would talk down the charts during a typical 3 hour rehearsal the afternoon of opening night. Very little playing was done because we were expected to be able to play without mistakes on a consistent and extremely high level night after night. Mr. Sinatra would come in for a few minutes during the end of the rehearsal and say “Good afternoon, fellas!” That was it…and then he sang…….his voice was clear, resonant, and what grace and command of the stage he had! There really has been no one like him. I remember all too well the tingles running up my spine the first time he set foot on the stage! Wow! What memories I have. And now, what fun I have playing with the Landau Eugene Murphy Jr. Big Band. Hope to see you on the road, and visit with you after one of our shows!

‹ Landau to perform last half of holiday tour in parts of W.Va.