AT 54 BELOW, BROADWAY’S SUPPER CLUB 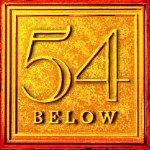 54 BELOW, Broadway’s Supper Club, presents for the first time Landau Eugene Murphy Jr. this Friday, May 30th, 2014 at 11pm.  Landau, the season six, Sinatra-singing winner of NBC Television’s America’s Got Talent program, has scheduled a highly anticipated concert appearance in Old Blue Eyes’ New York stomping grounds, and fans of both crooners are snapping up tickets to see Landau interpret Sinatra and many other Great American Songbook vocalists with his unique take on the timeless classics. Landau will hit it big in the Big Apple, (no doubt singing “New York, New York”) by performing an up-close, intimate late-night dinner show with his small jazz combo.  Previous New York City appearances have included a sellout at Harlem’s legendary Apollo Theater, Madison Square Garden and the Friar’s Club Salute to Larry King.  His NYC media appearances include The Today Show, Fox and Friends, CNN, Showbiz Tonight, WPLJ, WBLS, Sirius/XM and The View.

Tickets and information are available at www.54Below.com. Tickets on the day of performance after 4:00 are only available by calling (646) 476-3551.

Landau is honored to make his 54 Below debut in conjunction with his book signing appearance this week at Book Expo America at the Jacob Javitz Center, where he will be meeting fans and signing his motivational biography “Landau: From Washing Cars to Hollywood Star”, co-written by Rick Robinson. The best-seller spent several weeks during the Christmas holidays at #1 on the Amazon.com Jazz Books chart and received a “Mom’s Choice Award” and Landau will also receive an Indy Book Award at the Harvard Club while in New York.

Since winning NBC TV’s America’s Got Talent, Landau Eugene Murphy Jr. has toured across the country and overseas to dozens of sold-out audiences, but New York maintains a very special place in his heart. It’s in New York City’s Javitz Center (home of Murphy’s Book Expo America signing on May 29th) that Landau waited in line for over fourteen hours for the life-changing chance to sing to America’s Got Talent judges for his shot at stardom.  Landau aced the audition and subsequent performances on the top rated TV talent competition with his smooth vocal take on Great American Songbook classics from Frank Sinatra, Dean Martin, Cole Porter and more, all of which he’ll be performing LIVE at his highly anticipated performance at 54 Below.

After winning the million dollar top prize and a headlining slot at Caesar’s Palace in Las Vegas, Landau’s debut CD ‘That’s Life’ on Columbia Records (produced by Grammy winner Steve Tyrell) captured #1 on the Billboard Jazz charts.  Murphy’s 2013 follow-up Christmas Made For Two CD was a best selling benefit fundraising vehicle for The Children’s Home Society of West Virginia, one of many Mountain State charities Landau has supported generously with his time and talent, helping raise over a million dollars for his fellow West Virginians.

Landau’s 2013 tour of China and his visit to U.S. Troops in Germany are among his career highlights, which also includes performances with Patti Labelle and The Temptations and appearances at Hollywood’s Catalina Club, The California State Fair and TV’, The Talk, The Anderson Cooper Show, Piers Morgan Tonight, The Wendy Williams Show and both the Macy’s and Hollywood Christmas parades.  Landau has completed recording tracks for his upcoming third album at the famed Capitol Records Studio “B” in Hollywood, where Frank Sinatra, Dean Martin, Nat King Cole, Judy Garland and dozens more recorded some of their biggest hits.

54 BELOW, Broadway’s Supper Club, is the new performance venue in the grand tradition of New York City nightlife.  A few blocks from the heart of Times Square and just below the legendary Studio 54, 54 BELOW is a classically designed state-of-the art nightclub in the theatre district that hosts audiences with warmth and style.  The venue provides a food and beverage menu from early evening through the wee hours of the morning that is worthy of the world-class entertainment on the stage.  In their description of 54 BELOW, The New York Times writes “the club has the intimacy of a large living room with unimpeded views and impeccable sound; there is not a bad seat. Its sultry after-hours ambience is enhanced by brocade-patterned wall panels planted with orange-shaded lanterns. And the atmosphere is warmer and sexier than in Manhattan’s other major supper clubs.”   Located at 254 West 54th Street, 54 BELOW features up to three shows nightly with cover charges ranging from $15-$95. 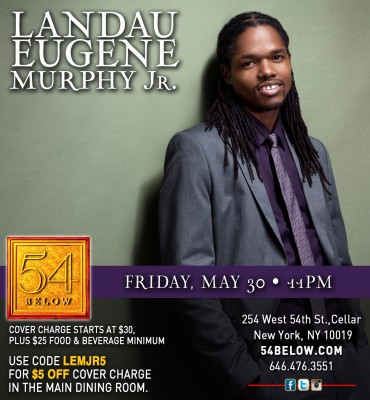