Landau will be performing alongside 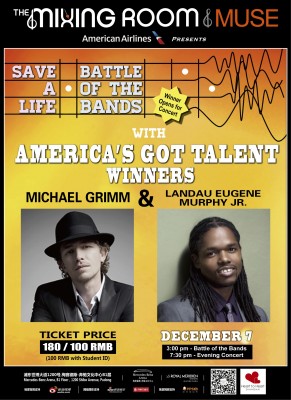 The 3rd Annual Battle of the Bands

On December 7th from 3:00 pm to 9:00 pm, the Mixing Room/Muse at the Mercedes Benz Arena will be rocking with the sound and excitement of hundreds of international and local Chinese high school students and their families, all to help raise money for Heart to Heart Shanghai. Schools will have a friendly competition to try and win one of two coveted awards: Top Fundraiser Award and Judges’ Choice Award.

This special event includes two very special guests, who are being flown over all the way from the U.S.A., courtesy of American Airlines. Former America’s Got Talent winners, Michael Grimm and Landau Eugene Murphy Jr., and Li Wei Min, Chief Musical Director of “Voice of China,” will be judging the acts. In addition, Michael and Landau will give the audience a special performance in the evening. Our emcee for the event will be performer Daniela Bassia, former featured vocalist of “Voice of China”. It’s going to be an amazing night!

Buy Tickets for
America’s Got Talent performers Landau Eugene Murphy Jr. and Michael Grimm
at Battle of the Bands at:
http://www.smartshanghai.com/smartticket/america_gottalent 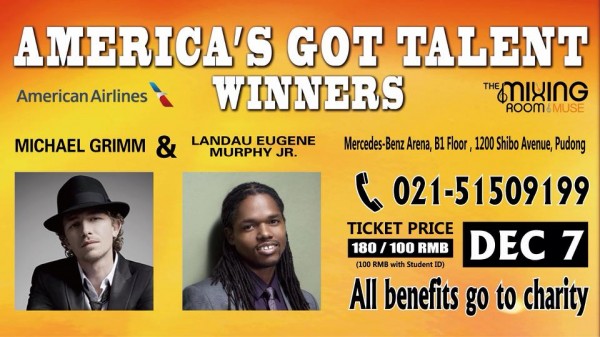 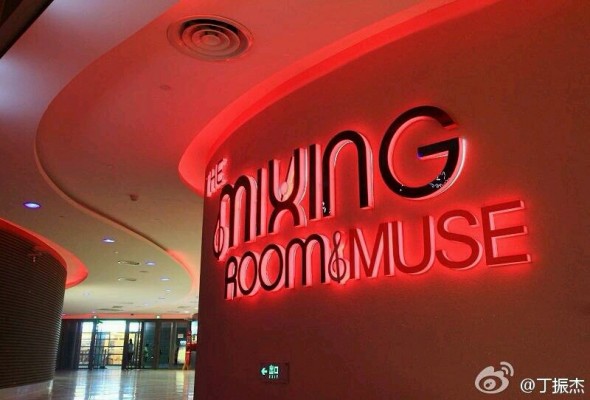 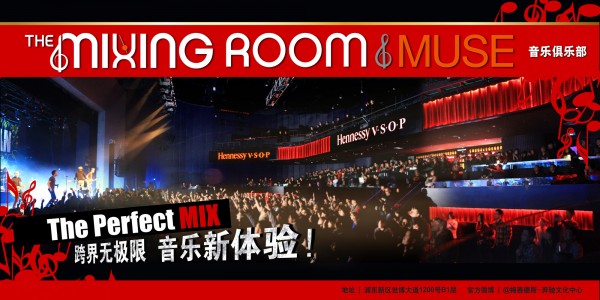 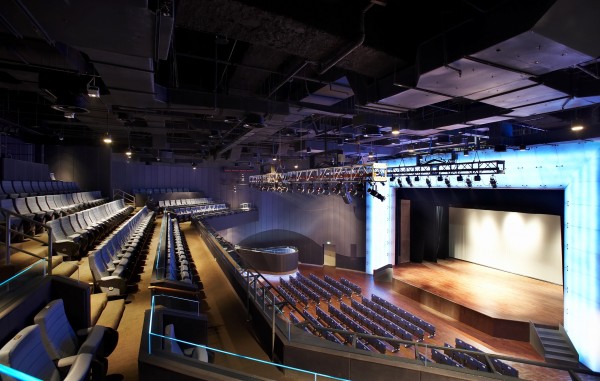 A concert of West Virginia’s Finest! ›