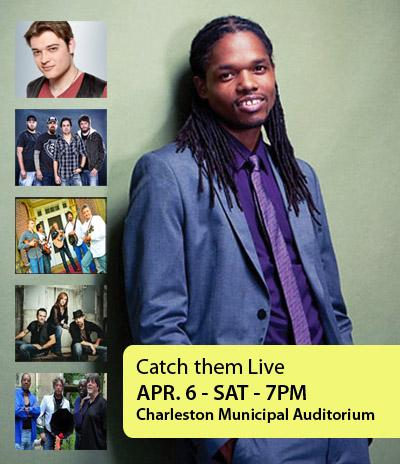 (CHARLESTON, WV) Landau Eugene Murphy Jr., the landslide winner of NBC’s hit television show America’s Got Talent, will perform his first ever concert at the Charleston Municipal Auditorium Saturday April 6th at 7pm, a benefit for the Community Music Association and Junior Achievement of West Virginia. And he’s bringing several other well-known West Virginia musicians to join him on stage.

Landau and his 18-piece big band will premiere several new songs for the 2013 tour along with favorites from his debut CD on Columbia Records “That’s Life”. The show will include a very special “Murphy Meets Motown” tribute, with Landau versions of R&B classics by Stevie Wonder, Sam and Dave, Donny Hathaway and The Temptations, who Murphy co-headlined with during a 2012 tour stop in Detroit.

“I’m honored to help raise funds for Junior Achievement of West Virginia and for my friends at the Community Music Association, and am really looking forward to coming back to Charleston to play at the Municipal Auditorium with these other really talented Mountain State musicians”, said Landau.

Also appearing April 6th at the Municipal Auditorium in Landau’s All Star Band:

Landau and many of the guest artists will be available after the concert to meet attendees, pose for photographs and sign autographs in the Charleston Municipal Auditorium lobby.

The West Virginia Music Hall of Fame will also be participating in the concert event, with their Traveling Museum Exhibit on site. Landau is slated to perform at this year’s Hall of Fame induction ceremony, where he’ll receive a special “Spirit” award.