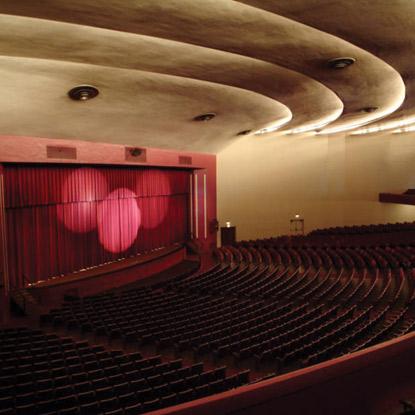 (CHARLESTON, WV) Landau Eugene Murphy Jr., the Logan West Virginia resident and landslide winner of NBC’s hit television show America’s Got Talent, will perform his first ever concert at the Charleston Municipal Auditorium Saturday April 6th at 7pm. Murphy’s only scheduled Charleston area public performance in 2013 is a benefit for the Community Music Association and Junior Achievement of West Virginia.

Tickets are on sale now just in time for Valentines Day gift-giving at the Charleston Civic Center box office, via telephone at 1-800-745-3000 and at http://www.ticketmaster.com/event/16004A459737389F. Sources from Junior Achievement of West Virginia and the Community Music Association said that tickets are in three low price tiers, $25.00, $35.00 and $40.00 in an attempt to make the concert affordable to the largest number of people.
“The Landau Spring Fling at the Municipal Auditorium will include lots of new songs along with your favorite Landau tunes, plus some other surprises that Landau’s fans have never seen before including a “Murphy Meets Motown” section of the show. But you’ll still get to experience the same warm, fun, friendly Landau that won America’s hearts and represents West Virginia so well”, commented Murphy’s manager Burke Allen. As a special added bonus, The Charleston Ballet will also make a brief appearance at the concert.

Murphy has been performing to sell out audiences and standing ovations since winning the America’s Got Talent crown. Recent appearances include an Armed Forces Entertainment tour of Europe to perform for members of the U.S. Military and their families, which Murphy called a “huge honor”. He also appeared on the “China’s Got Talent” program seen by over 300 million viewers and is in discussions to headline his his first tour of China this year, including a stop at Shanghai’s Mercedes Benz Arena.

Landau recently returned from a tour of Florida and Oklahoma, where he performed at the Hard Rock Hotel and Casino. He also has the honor of singing the National Anthem and doing the halftime performance for the sold out Oklahoma City Thunder/Miami Heat NBA finals rematch. Other upcoming concert appearances already on the books in 2013 include Las Vegas, Beverly Hills, the Sands Casino in Michigan and Hollywood Casino in Columbus.

Fans of Landau’s Columbia Records debut CD release “That’s Life, produced by Grammy winner Steve Tyrell, will be pleased to learn that Murphy has begun rehearsals for his follow up album. Initial plans call for it to feature Landau’s unique and timeless take on classics from the Great American Songbook along with some R&B flavored material. Murphy’s first CD hit the top spot on both the Billboard and Amazon Jazz charts and debuted in the top 40 overall.

The former car washer and father of five from Logan West Virginia captured America’s heart with his music, his humble, gracious nature and his message to dream big and never give up. Over 14 million people each week watched and voted as Landau rose to the top on America’s Got Talent on national television.

Since his million dollar win, Murphy has headlined at Caesars Palace in Las Vegas, sold out the legendary Apollo Theatre in New York, performed for ESPN at the Superbowl and Madison Square Garden, was nominated for “Outstanding New Artist” at the NAACP’s Image Awards and appeared on their national telecast, received the “West Virginian of the Year” award and “Reality TV Personality of the Year” in Hollywood and has honored his country by performing the National Anthem for his home state fans prior to nationally televised WVU and Marshall football and basketball games. He has also appeared on several national television shows including The Today Show, Fox and Friends, Anderson Cooper, Wendy Williams, The View, The Talk, Showbiz Tonight, Access Hollywood, Entertainment Tonight, Good Day L.A. and the telecast of the Hollywood Christmas Parade.

“I’m honored to help raise funds for Junior Achievement of West Virginia and for my friends at the Community Music Association, and am really looking forward to coming back to Charleston to play at the Municipal Auditorium”, said Landau.

‹ Congrats to our pal Judith Hill!